Ever since moving to Scotland, i've found myself addicted and/or attracted to some strange things. 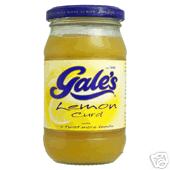 Lemon Curd: i saw this sitting on the shelf at my new favourite grocery/department store (see below), beside the jam. The whole notion of a curd made from lemon seemed weird. Naturally i had to try it. It's actually really awesome - it tastes like the middle of a lemon meringue pie. Only spread out over white bread - the cheaper the bread quality, the better too! Long live white trash food! 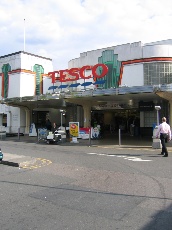 Tesco: how do i even begin to describe my addiction to Tesco? Is it because of the cheap organic line that they carry? Is it the even cheaper Tesco brand food line? Is it the strange locals and freaks that seem to populate my local Tesco? Whatever it is, Tesco has everything. Literally - everything! Cheap awesome clothes; local Scottish produce and fish; junk food; car insurance; internet offers; dvd rentals; tvs; junkies - you name it! 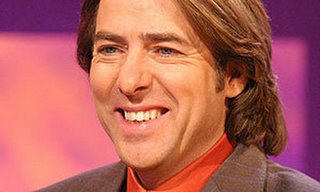 Jonathan Ross: the name probably doesn't mean anything to anyone outside the UK, but dude is like, the BIGGEST paid star on BBC (i think). Anyway, he's paid millions of pounds to be on BBC TV and BBC Radio 2 and entertain the nation with sexual innuendos and stories about his kids. His programme on BBC1, Friday Night with Jonathan Ross, usually has interesting guests on and it usually gets quite raunchy.

His other show, Film 2006, is also quite good and he reviews current film releases although, i find myself usually disagreeing with his reviews - especially when he reviews American film. Whatever. Dude's English and you know what they're like (hint: secretly jealous that their barbaric American cousins ousted the monarchy).

He has a radio show on BBC Radio 2 but i don't listen to it because i am under the age of 50. 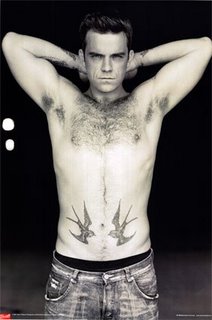 Robbie Williams: Again, another British dude unknown to the majority of North Americans. Not to be confused with that boozin' furball that starred in Mrs. Doubtfire.

Apparently Robbie Williams used to be in this British version of New Kids On The Block - only shittier - called Take That. Take what? i don't know. Speaking of New Kids On The Block, now THAT'S a reunion tour i would pay big bucks to see. i'm not ashamed to admit this: but i still get excited when i a NKOTB video comes on VH1! I WILL LOVE YOU FOREVER, DONNIE!

But i digress. Robbie is now a "solo artist" and makes standard British pop music. He is HUGE here. i don't really "get" it but British people go absolutely nuts for this dude. He sells out stadiums and radio and tv stations dedicate entire days to him and his ....music. i guess this is how some Westerners feel when they first land in Japan: confused by what (and who) is famous and considered brilliant.

Anyway, i guess what i'm saying is - i find him to be really hot and that confuses me. 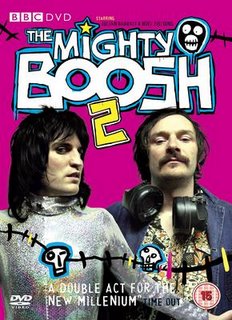 The Mighty Boosh: i don't even know how to describe this show. It's about these two zookeepers...?

i can't do this show any justice. Just watch it. It's so fucking surreal but hilarious.

Marks and Spencers Fruit Cake with Marzipan Topping: i don't know how, why or when i started eating this but shit, i'm addicted now and if i don't stop eating it, i'm going to have to buy two seats on the plane ride home, to accommodate the newly accumulated junk in ma trunk - knowwhati'msayin'?! 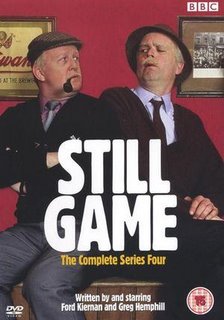 Still Game: two grumpy old Scottish dudes moan, drink, get harassed by neds, drink, and wander around Scotland. Just your average punters and it shouldn't be that funny but it is?!

God, i am losing my youth and coolness with every passing day i reside in this country, i swear! 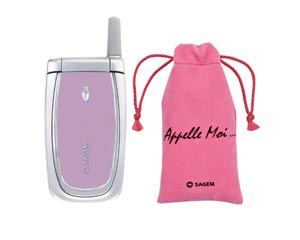 My Mobile Phone: Before moving to the UK, i never had a mobile (cell) phone. HOW DID I EVER LIVE BEFORE?!

i now have a love-hate relationship with it. i loved it when i was getting text messages all day long; i hate it now because i look at it and wonder when it will ring.

p.s. Yes, that is my actual mobile pictured - don't be jealous.
Posted by Jennifer at 2:48 PM