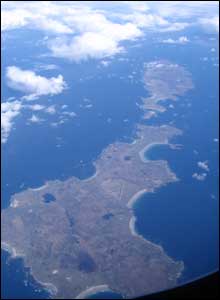 You know, i wish teleportation wasn't just a fictional preferred method of transportation from Star Trek. i wish i could easily navigate between two places without ever having to "officially" claim one place as my permanent home.

Pico Iyer, a fantastic travel writer, was one of the first to write about a "movable sensibility"; living in a world wherein it's increasingly easier to be multinational and move about the globe. In Iyer's book, The Global Soul, he wrote an essay describing why he loves Toronto (answer: multiculturalism). I don't know how or why it works, but multiculturalism does seem to work in Toronto. Compared to other major cities, like London and Glasgow, where government officials are going head-to-head debating Muslim veils, sectarian violence, and how to assimilate immigrants and their British-born children, Toronto just seems to meld together. Which is one of the reasons why I love Toronto. I love it's unassuming residents and plethora of different foods. I love so many things about Toronto but lately - more and more - I am missing it.

Ever since 1998, i wanted to come to Glasgow. i don't really know why but i knew i wanted to come to Scotland. i suppose because part of my family is Scottish but mainly because it seemed that a lot of amazing culture, arts, and music was coming out of Scotland at the time. i liked the fact that Glasgow was once (and perhaps still is) one of the most violent and deprived cities in Western Europe and yet producing some of the most interesting and original art and music around. i liked that Glasgow remained loyal to its rough working-class background but also aggressively promoted and supported its art scene. i liked that the people were (and are) extremely friendly and proud but still self-deprecating in their biting humour. 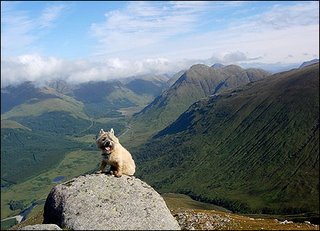 Once i studied here in 2000, i knew that i had to come back. i was lucky enough to have made some great friends during my year long exchange, and they encouraged me to come back once i finished my degree. And so i did. It's been almost 8 months since i moved to Glasgow, and i love it. i do. It hasn't been easy but i'm glad i did it. One thing i have learned to appreciate is the absolute madness of this city. For example, a couple weeks ago a well-dressed woman in her 40s got on the bus, clearly boozed out of her head, and once she had taken her seat, started singing Scottish folk songs. The entire bus, at first, watched with amusement but after two sings, started encouraging her and clapping at the end of her drunken hymns. At this point, all of us on the bus started talking to one another and laughing. i started talking to strangers - UNHEARD OF as a Torontonian!?

i wish i didn't have to make a decision but unfortunately, that's what being an adult is all about. i wish i could make both cities my home and easily go between the two but unless you're minted, it's nearly impossible. 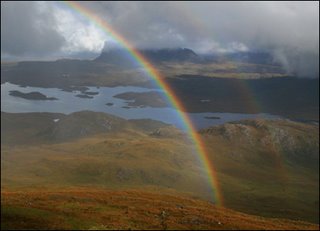