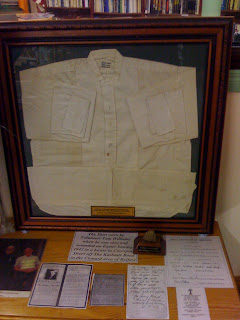 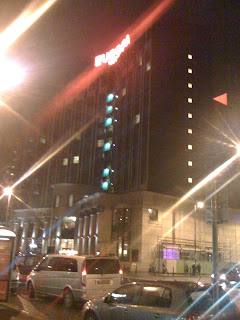 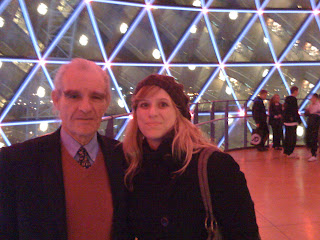 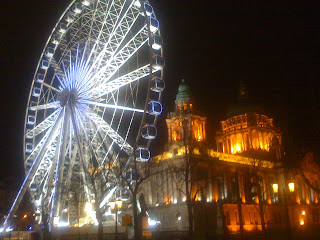 Since my trip this past weekend, I've been thinking how interesting Belfast as a city is.

On the one hand, if you were to stick to downtown ("city centre"), you would never know that from 1969 - 1997, there had been a violent and bloody war; indeed the new shopping complex of Victoria Square and the numerous "luxury" flats being built are evidence of a booming city (not sure how long that boom will last though).

However, if you look beyond the downtown, to the periphery of the East and West of the city, you can see remnants of the past: the peaceline, political murals, spray-painted political slogans and of course, flags (the Irish tricolours and the Union Jack).
Meeting my cousin last weekend gave me further insight into what life was like during "The Troubles". As someone who is curious to a fault, my boyfriend warned me not to pester my cousin about politics and what life was like growing up in Belfast throughout the Troubles. Initially I managed to restrain myself and talked about our family but after a few hours and a drink, my cousin offered insight into life in Belfast in the 1960s: division; oppression; grassroots politics. In return, I told my cousin about a distant relative (from the other side of my family) I met up with in Glasgow a couple years ago, who was not at all pleased to hear that I was a Celtic fan.

When I asked my cousin about life during the height of the Troubles, he chuckled and said, "I always found that definition to be strange because in all aspects, it was an all out war".

So, I loved Belfast and can't wait to go back and see more of the city (and my family). I only hope that peace prevails.
Posted by Jennifer at 6:00 PM

Looks like you guys had lots of fun and learn a lot too.