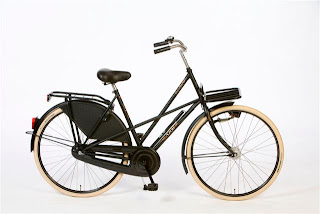 Summer in Glasgow reminds me why I love this city so much: at the faintest hint of summer, weegies flock to patios for a pint, the sun manages to stay up until 11.00pm and people seem even more friendly.

Case in point: last Friday I was due at Lauren's place, at Glasgow Harbour, for dinner. Thinking I could save myself time and money, I walked across the Clyde to the Crowne Plaza hotel and ordered a cab - not realising that Take That were playing in Glasgow that evening and as such, it seemed EVERY FEMALE in Scotland was heading to Hampden in black taxi to see them perform. I waited for about 30 minutes before a chap from the front desk asked me if I needed help. I replied that I worked across the river and was waiting for a cab, to which he replied, "I'll call you a cab and get a priority on it".

Another 10 minutes went by and the chap called the taxi company again and was told that Glasgow Taxis were EXTREMELY busy and desperately trying to get a taxi.

Finally, after an hour went by, the chap came back over to me:

"Listen, I've checked with my boss and he said it's ok if we take the company van and give you a lift to your friend's place"

As a skeptical Torontonian I protested that he didn't have to because I wasn't staying at the hotel.

"No, no. It's fine, I know. We'll give you a lift seeing as it's just down the road from here"

Astonished, I muttered in agreement.

How kind and altruistic was it for the two dudes working front desk to give me a lift to my pal, Lauren's?! And before I get comments about how foolish it was to get into a van with a strange man, let me just state that the man was in his 60s and I sized him and concluded that I could take him, if need be. As violent as Glasgow is at times, it isn't the kind of place where I doubt strangers' kindness; Glaswegians are genuinely friendly people who don't really think twice about helping stranger's and other people out.

Another thing I am loving about Glasgow? Riding my sweet Azor Dutch bike (pictured above) around the city. It seems Glasgow City Council has finally realised that this city is part of Europe and as such, has started to adapt the more continental attitudes towards bike lanes and cycling. More and more bike lanes have started popping up and routes are due to be completed in 2012.

Likewise, my old city of Toronto has recently implemented more cycle lanes as well - at the expense of car lanes and commuter tempers. I can just imagine how those bike lanes are going over with the commuter suburban crowd who love their cars.

Speaking of Toronto, apparently the LCBO (the liquor board of Ontario who control the sale and distribution of alcohol in Ontario. Read: booze CANNOT be bought anywhere else apart from the government of Ontario stores) are threatening to strike.

Cue the mass panic of folks in Ontario, as they rush to the LCBO to stock up on booze. In response, cue the puritanical tsk-tsking and clucking of tongues from commentators, speculating that all those stocking up are "sad" and "alcoholics in denial". With such attitudes, you would think that the Temperance Movement was alive and well in Ontario. Indeed, in some aspects, it seems like it still is in Toronto (don't be drunk in public; don't drink more than two glasses of booze once a month; dont' smoke; don't make eye contact; don't speak to strangers; don't dare strike up a conversation with a stranger; don't voice your frustration in public but instead loudly sigh and be passive aggressive and so on) - which drove me nuts.

The longer I am away from Toronto, the more I think that people living there seem to "tolerate" it. People seem to live in the city and tolerate it because, where else is there to go in Canada, if you're an anglophile and want to live in a big cosmopolitan city? Ok, maybe Vancouver. I got to the point where I couldn't tolerate it anymore and it seemed like the only people who could enjoy it, were the minority of people living in the upper echelons of six figure salaries. And even then, that minority seemed to resent having to share their city with bike commuters who dared to demand bike lanes.

So, I don't think I need to live in fear of ever just "tolerating" Glasgow. With the kindness of strangers and my Dutch bike, which can easily handle a case of beer on the front rack, what more do I need?!
Posted by Jennifer at 3:19 PM

I absolutely love your honesty and the perspective of a native Torontonian. Having previously visited Toronto as a visitor, I am now considering moving there on a more permanent basis as, like you, I feel I am going through a mid twenties crisis and in desperate need to escape Glasgow. I 'stumbled' across your blog page by accident but it has become an addiction to read your thought on both the city I was born in and have lived in my whole life and the city to which I think of escaping to. Thank you for highlighting both cities in such an honest light.

You're welcome and if you want more info about Toronto, just leave a comment and I can sort you out!

I left my handbag in a taxi after being dropped off at the Barrowlands last year.

Just minutes after realising that my bag was missing the taxi's next customers found it and the driver made his way back from the train station with them to return it to me - and I was quite distressed by that time. And he didn't take the fare for his bother.

On telling the story to others most reactions were "in GLASGOW? You were lucky...!" It's quite a typical comment, yet grossly unfair judgement.

Hey Jennifer, your blog is totally useful. My two best friends and I are working on moving to Scotland in the sping/summer, here's hoping all goes well with the visa applications. I totally understand your frustration with Toronto and that is mainly the reason for wanting to escape. I hear the food is a bit of an adjustment over there for sure, we're so spoiled here in Toronto in that regard.

Your experience with the guys at reception and the van has happened to me at another hotel in Glasgow. My mum was visiting and staying the the hotel and after dropping her back at the hotel and staying for a coffee i tried to get a taxi back to my flat, when i couldn't the same thing happened, the hotel's proter said he would drive me back to my flat in the hotel minibus, even though I wasn't staying there and there were other people trying to get taxis, like you i wasn't worried as he was in the later years of life too, but definitely a reson to love the people here!