As Seen in Waitrose... 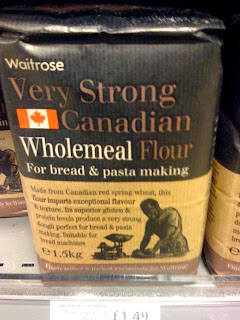 Who knew we were renowned for our strong Canadian flour?!
Posted by Jennifer at 3:03 PM 2 comments:

Merry Christmas and Happy Boxing Day from a snowy Glasgow! 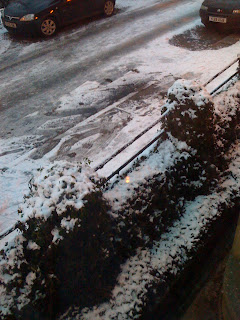 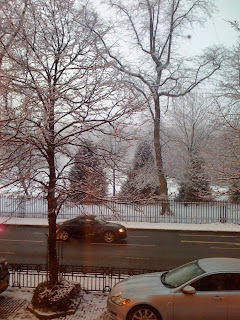 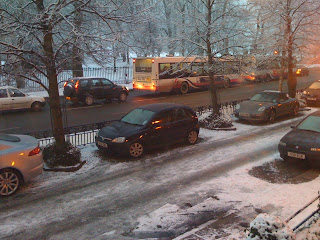 Posted by Jennifer at 3:00 PM No comments:

Welcome to www.idreamofhaggis.com!
After almost four years, I finally got around to buying my own domain.
Posted by Jennifer at 11:47 PM 1 comment:

THE HIP LIVE BETWEEN US 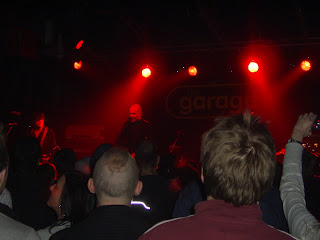 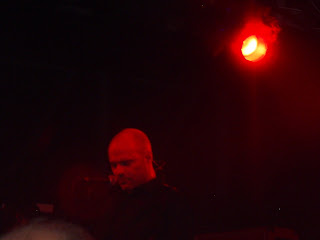 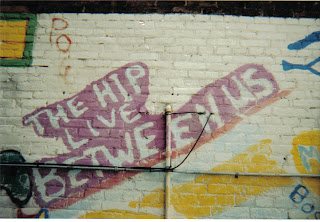 The Tragically Hip are, perhaps, the most quintessential and unapologetic Canadian band - and virtually unknown outside of Canada. And yet, they are one of the biggest bands in Canada; they easily sell out stadiums across the country. In fact, they once played on Saturday Night Live - at the demand of that week's host, Canadian Dan Akroyd - and watching it, at that time, felt like it was one of the biggest events in Canadian history. It felt monumental: to be legitimised on American TV!
The Hip, as they're known back home, are from the same area I am: Kingston, Ontario. It wasn't unheard of to see members of the band out and about in Kingston. But still! They are HUGE - in Canadian standards, anyway.
When I read that they were playing in Glasgow last week, I immediately bought tickets for Paul and I to see them. It's funny because the last time I saw them live was in Kingston about ten years ago - right before I left for Glasgow as an exchange student. I couldn't believe that I would get to see them in such a small venue like The Garage.
The band promptly went onstage at 7.30pm and initially the venue wasn't packed. I thought it was going to just be me and two dozen other Canadians - amazing! Within 15 minutes, however, it quickly became packed with hefty dudes wearing Toronto Maple Leaf jerseys. Others opted for the Canadian flag. Now, I love my country and all that but I couldn't help but cringe at the pseudo Nationalistic drunken cheers for "CANADAAAA!" And I definitely wasn't expecting a fight to break out but I can't say, however, that I wasn't expecting the plethora of toques and Queen's University jackets (UGH).
After taking in a couple songs Paul leaned over and asked, "Is he (Gord Downie), out of his face?" I replied, "nah, that's just his style". Paul watched on bemused by it all. Even Paul couldn't help but notice the drunken, rowdy, screeching Canadians and remarked that he didn't think it would be that crazy - that kind of behaviour is best left to the Scots.
Don't get me wrong, it was a great but wild (not to mention LOUD) concert. It's just, I think I've just realised that frat jocks are the Canadian equivalent of Scottish neds, only not as violent but as equally annoying.
Posted by Jennifer at 10:33 PM 2 comments:

An Early Christmas Gift from My Mom & Nanny 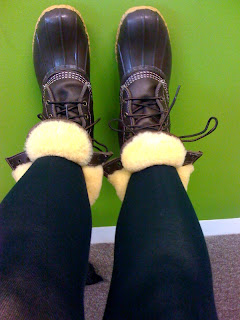 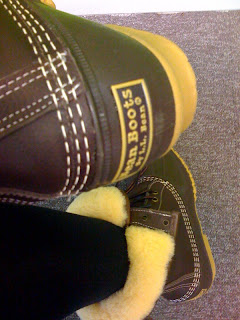 I love love LOVE my LL Bean Boots! As a kid in Canada, I used to own a pair of these but the shoe version (known as duck shoes)

Finally, after almost four years in Scotland, I've found the perfect boots for this wet country. Rain boots ("Wellys") are fine - in the spring - but what about in the winter months when it's wet AND cold?! These shearling-lined Bean boots are fantastic!

After emailing my Mom the link, I showed Paul the boots online. Naturally, he thought they were hideous and remarked that I would look like a mad woman walking about Glasgow in them. He's a boy so really, what does he know about being on the forefronts of fashion? Doesn't he know that Marc Jacobs - one of the most influential designers of our time - has released his own version of Duck Boots?!
Posted by Jennifer at 12:31 PM 4 comments: