HOW TO BE BRITISH: ACCORDING TO HADLEY FREEMAN
Hadley Freeman is a talent American, who lives in the UK, and writes for The Guardian.

Yesterday she touched upon one of my favourite subjects: being an outsider or "Other" in the UK. She even confirmed what I always knew: British (and Scottish) people don't date:

How to be British

It takes more than queueing to fit in here. How about self-deprecation and Marks & Spencer? 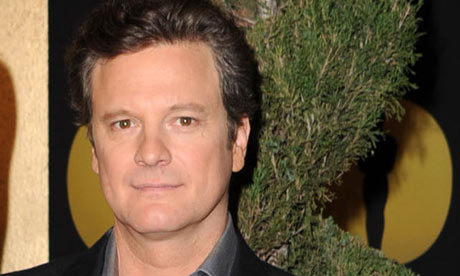 Colin Firth has been nominated for an Oscar. It's ever so exciting! Photograph: Steve Granitz/WireImage

You may feel that you have quite enough to think about this week, what with deciding whether you should pledge your vote in the next general election to the party that has – and I quote – "bagged Chris Martin" (the Lib Dems should feel free to tie the string on that particular bag) or the one that claims Carol Vorderman as its "celebrity representative". Well, it's a short hop from choosing one's perfume based on the celebrity who "made" it to choosing who to vote for by whether you prefer Kathy Lette (Labour) or Kirstie Allsopp (Conservatives). The right choice is Kirstie, obviously, for both the property advice and lack of puns.

But there is another important ­issue in the air: how to make immigrants become more British. Depending on how you obtain your news, this question will either smack of ­debates about whether Muslim women in France should be forced to ­remove their ­hijabs, or the scene in Zoolander (the film that truly keeps on giving) in which Will Ferrell attempts to brainwash Ben Stiller via bad club visuals and Frankie Goes to Hollywood.

Allegedly, the latter approach has yet to be adopted here. Instead, ­immigration minister Phil Woolas has announced that immigrants to the UK are to be taught "the art of queueing": "The very simple act of taking one's turn is one of the things that holds our country together," announced Woolas, a man who has apparently not stood at a bus stop for some time. "It is very ­important . . . Huge resentment is caused when people push in."

Leaving aside the question of whether it is really queue-jumping that "creates tension" between some British citizens and immigrants, and also leaving aside Woolas's insinuation that ­immigrants bring any attacks they suffer in Britain on themselves, I think that this idea has potential. Yes, one needs to understand the ­local customs when coming to a new country, but is queueing top of the list? Speaking as someone who was once an outsider but is now, I like to think, a fully integrated member of British society, I feel I have a better idea than Woolas of the lessons immigrants need to learn when coming to this strange, wet land. And so, free of charge, I offer up an alternative guide to Britain for newcomers.

Should you get an invitation to a dinner party from a British person and it says "dinner at eight", this does not mean you will actually eat dinner at eight. It means the host will start cooking dinner at eight and you will sit down to eat at about 10.30 – yes, even on a Tuesday night. This is ­because the point of a dinner party is not the ­dinner. It's the drinking. Top tip: ­secrete a loaf of bread in your handbag.

Any time a British person gets any kind of recognition – an Oscar nomination, an invitation to the White House – the British press will react with the squealing excitement of the school dork being asked to the disco by the class hunk. However, everyone will also be determined that something will go wrong. Phrases such as this will come in handy: "Colin Firth got nominated for an Oscar! So ­exciting! But, of course, he'll lose."

Should you be complimented on any item of clothing you are wearing, you must say that you bought it "in the sale", whether you did or didn't.

You will be expected to care greatly about the fortunes of this middle-of-the-road, overpriced store. When this store falls, so does Britain.

Ask a British person for a date, and they are more likely to hand you a dried fruit. British people do not date. They pull. This rather more ­violent verb conveys the more chaotic ­approach to romance than you might have known in your home country. The British method of coupling is as follows: go to a party, get extremely drunk, drunkenly kiss someone you have been making eyes at for some time but obviously never spoke to ­because you were sober then, go home with them, move in with them the next day, marry them.

I must object to the last bit: it doesn't seem that marriage plays any significant part in the Scottish life. I don't know about Britain (we still haven't left Scotland, except to go back to the US), but ... well, the Scots ... seem to take marriage as a truly optional step in the whole process.

Yeah. Right. After living together for about 10 years, the imminent arrival of a second child says that, yes, you're stuck with her.

Then there's the friends of ours who, after being together for 14 years decided to marry. Why? Well, they squeezed out a kid about a year later, so I'm guessing that the arcane property laws of Scotland were behind it (being a "bastard" can still cut you out of the whole thing, believe it or not).

I was under the impression that marriage IS an optional step in the whole process, whatever that process may be.

More and more Scottish people are opting not to get married and frankly, I don't blame them. So, I'm all for "bastard" children and unwed people living together (like myself and my dude), subverting the "process".

When do you go back to Cali because - in all honesty - you sound miserable!

This is so, absolutely true it gives me CHILLS. Especially number 5. You don't really know when you've changed/degraded your standards and expectations of dating until you have it spelled out for you like that. And why do I love Marks and Spencers so much?!?!