One of my all-time favourite books, Barney's Version by Mordecia Richler, is set to be released (soon?) Not sure what to make of the "teaser trailer"
Posted by Jennifer at 9:20 PM 1 comment: 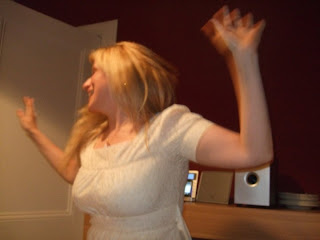 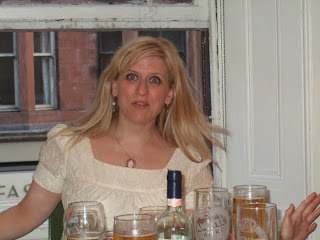 I had a great weekend even though I turned 31. I'm grateful to have such wonderful friends who encourage and even partake in my manic dance fits.

We started out at Ad Lib (the west end location) as they had a private dining room with a - wait for it - iPod docking station. That way, we could listen to our embarrassing yet amazing 80s music tracks in private, the way the Good Lord intended. After a decent meal of posh pub grub and a few wines, we headed to Oran Mor, which, according to the "journalist", Marc Watson, is full of old hags like myself. Evidently now that I am 31, I am past my sell by date and should be put out to pasture. I suppose I should start acting my age. Thankfully, Glasgow is full of "older ladies" who love a good night out.
Posted by Jennifer at 3:01 PM 6 comments:

So.
A new Prime Minister.
Never mind that Scotland makes up for 59 MPs - only 1 of whom is actually Conservative (the rest consist of : Labour: 39, Liberal Democrat: 12, and Scottish Nationalist Party: 7). If there ever was a case for Scottish independence, now would be the time to put it forward. Or so say a lot of disheartened Scots lately.
Philosophically, I can't help but feel like a transient immigrant; caught between a Conservative minority government in Canada and a Conservative / Liberal Democrat coalition in the UK, somewhat at peace in the Labour heartland that is Scotland.
Even more disappointing than the new Prime Minister (and the new "Deputy Prime Minister"), is the actual Conservative Lib-Dem deal. Specifically this point:

We have agreed that there should be an annual limit on the number of non-EU economic migrants admitted into the UK to live and work. We will consider jointly the mechanism for implementing the limit.
As a non-EU immigrant, it would appear that I made it in just in the nick of time. However, what happens when the time comes and I need to renew my visa? What if this "annual limit" has already been reached?
According to the latest Office for National Statistics, 38% of migrants came from the European Union in 2008. Out of a total of 590, 000 immigrants into Britain only 224, 000 were from the EU. In the same year, 33% came from Commonwealth Countries and 29% came from other foreign countries.
Frankly, Nick Clegg is a disgrace having argued against THIS VERY POLICY. Obviously the government cannot put a cap on EU migration as the European Union guarantees freedom of movement. So, this new cap would apply to PEOPLE LIKE ME.
Dicks.
Posted by Jennifer at 9:45 PM 2 comments:

GUTTED
Posted by Jennifer at 11:34 PM No comments:

On this election day, I am both excited and heavy-hearted.

Excited, as this is my first UK general election, (citizens of the Commonwealth who reside in the UK are allowed to vote) and heavy-hearted, because - if I am to believe the polls - it looks as though the Conservatives may well win and David Cameron will be the next British Prime Minister. And if that happens, I will be so utterly disappointed and angry.

I have only ever lived under a Labour Prime Minister since emigrating to Scotland, and although Labour have greatly disappointed me in the past (blatant anti-immigration policies), I still hold true to the idea of Labour. I want to believe in Labour. I think Scotland - once a Labour stronghold - also wants to believe in Labour but like myself, have been let down by them. And although I consider myself to be politically engaged you know what? I don't give a toss about the MPs expenses "scandal". I just don't. It's not the blatant abuse of expenses that I am let down by but rather, I am let down by Labour and what they used to be versus what they are now. That said, I do not dislike Gordon Brown. In fact, I quite like him.

It seems that since the beginning of the political campaigns, there has been one issue dominating the political field: immigration. The subtle context of these "debates" surrounding immigration, hint that there are too many of us here. And as an immigrant, I am - quite honestly - disheartened and disgusted. I worked so hard to move to this country - this city - that I love; most of us have.
Nevertheless, I'm holding out hope. Because I love this country; the people. I am hoping that people do the right thing. And if they don't, well, we may have to take to the streets. And like the brilliant Gary Younge says, I hate the Tories and quite frankly, they're the reason I voted Labour!

I hate Tories. Not the people who vote for them. But the people they vote for. I make no great claims for that as a political position. But as an electoral category it is crucial. For I'm sure I'm not alone and it's pretty much the only thing keeping Labour going right now. It's certainly the only thing that could get me to the polls on Thursday.

I don't have a phobia about Tories. That would suggest an irrational response. I hate them for a reason. For lots of reasons, actually. For the miners, apartheid, Bobby Sands, Greenham Common, selling council houses, Section 28, lining the pockets of the rich and hammering the poor – to name but a few. I hate them because they hate people I care about. As a young man Cameron looked out on the social carnage of pit closures and mass unemployment, looked at Margaret Thatcher's government and thought, these are my people. When all the debating is done, that is really all I need to know. 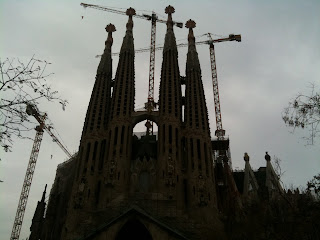 I haven't had a chance to update recently because immediately after my passport fiasco at Canada House, we went to Barcelona for a week. Or rather, it was meant to be for a week but we managed to get stranded due to the Icelandic volcano ash cloud. You may have heard about it? Anyway, despite the enormous amount of stress caused by the possibility of having to emigrate permanently, I fell in love with Barcelona. I loved Barcelona - LOVED it. The food, the wine, the architecture; it's a cool city. I can't wait to go back to Spain. Maybe the Basque region next time. 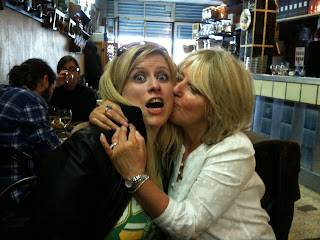 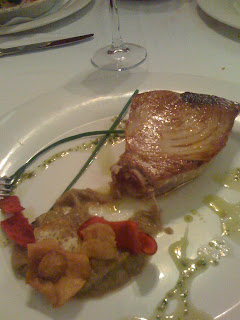 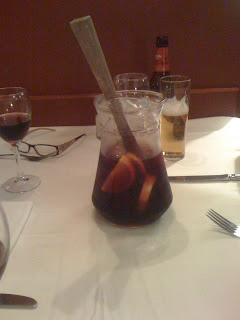 Sangria. And the wine? Oh god, the wine! 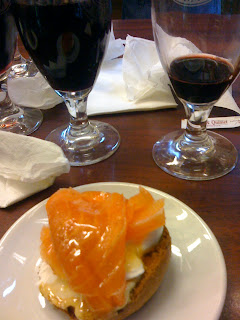 Tapas at Quimet & Quimet - amazing. All washed down by wine. 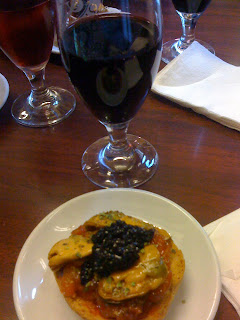 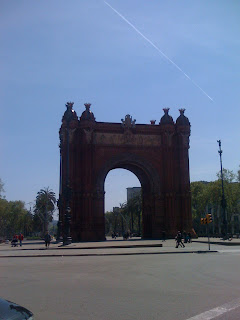 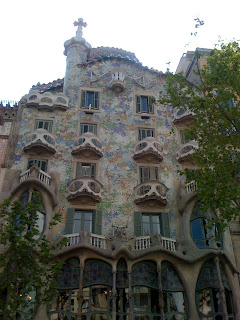 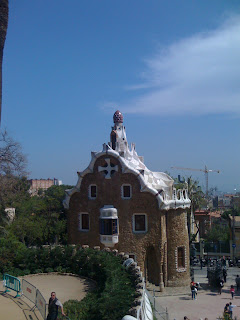 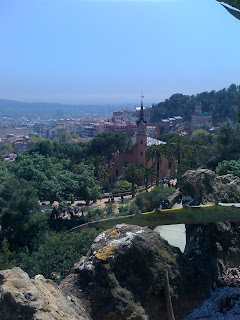 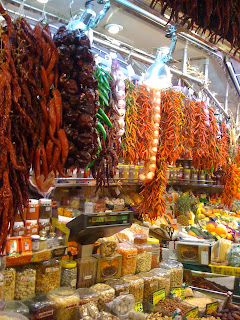 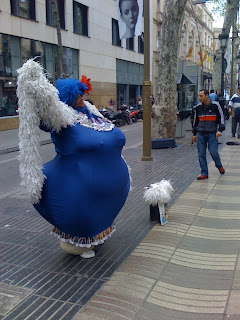 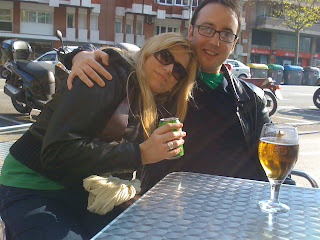 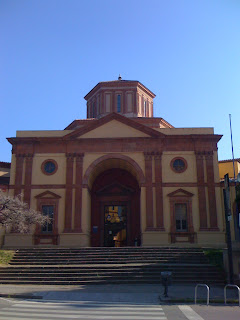 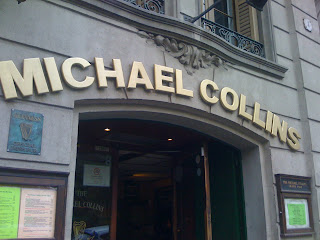 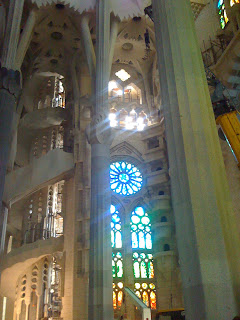 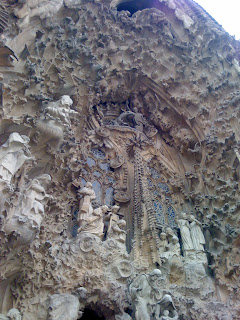 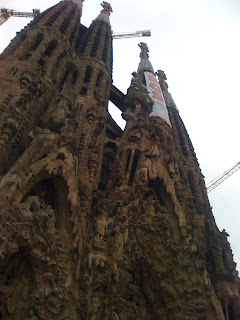 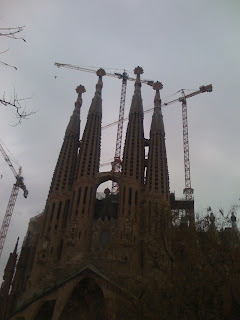 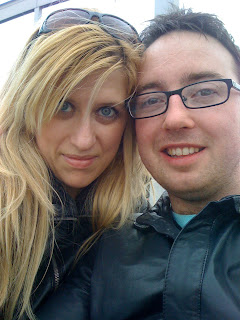 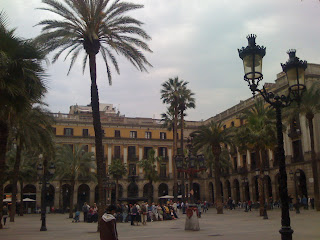 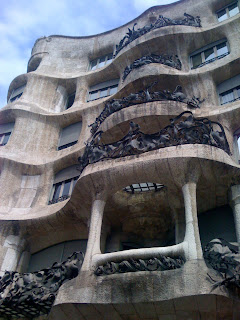 Barcelona is such a cool city, while walking around, you almost feel like you're in a movie. One directed by Woody Allen or someone as equally as creepy.
Posted by Jennifer at 8:13 PM 4 comments: