This morning comes news that Conservative Home Secretary, Theresa May, is to impose an interim cap on non-European Union immigrants. This temporary limit is to prevent last minute applications for immigrants outside the EU from applying and is set to only grant 24, 1000 visa applications.
I am both disappointed and disgusted.
The measure of putting a cap on non-EU immigrants is a ridiculous, useless and blatant xenophobic measure that panders to the far right, who shout and berate that there are too many immigrants here. I am sick of people stating thinly-veiled "concerns" about immigrants coming to the UK, taking "British jobs for British workers"and sponging off the system.
And yet, I am astonished that some people dismiss my concerns because I'm "Canadian". That these draconian measures don't really apply to my circumstances when, in actual fact, they do. These measures limit OUR RIGHTS. We immigrants have just as much as a right to be here as British people. We have struggled and worked VERY hard to move to the UK - be it for work, love of the country, or just love.
And although it is entirely blatant, these measures are, no doubt, an attempt to limit the number of immigrants from places like India, Pakistan, and Asia. The foreign "other". And although not many, I have had people point this out to me; that the British public isn't so much as concerned about Canadians, Americans, and Australians flocking to the UK, so much as people who "can't speak English". As if such an argument would satiate my disgust and rage, when it only magnifies the underlying racist tones.
We need to clear the air on common misconceptions about Non-EU immigrants. So, shall we?
1. WE ARE NOT ALLOWED ANY PUBLIC FUNDS. NONE.
- Even though we (happily) pay taxes and National Insurance, we are not allowed to claim any benefits ever. For example, if I ever lost my job, I could not claim job seekers allowance. If it got REALLY bad and I couldn't pay my rent/ mortgage, I could not claim housing benefits.
So, we pay into the system but CANNOT sponge off it. NOR DO WE EXPECT TO.
2. WE'RE NOT STUPID.
- Although, personally, I'm not a "skilled worker", I'm not stupid either. Many immigrants come here for various reasons and I can attest that most of us have had to work damn hard for it. Filling out UK Home Office forms isn't easy and you probably need a Bachelor's Degree just to make sense of it all. Many of us immigrants have degrees and indeed, we're probably better educated than compared with UK-born folks.
3. MANY NON-EU IMMIGRANTS ARE STUDENTS
- A lot of UK universities depend on international students to pay international tuition fees (around £20, 000). Do you like your free tuition (only applicable in Scotland for Scots)? Yes? Then you better hope the foreigners keep paying those hefty fees.
I am so disheartened by these announcements. Such a knee-jerk measure to a complex issue will draw approval and applause from all the wrong people, who will only confirm that it's a "step in the right direction".
This is a step in the WRONG direction. This is a draconian measure that doesn't make any sense for the economy, businesses, or schools. It isn't right nor is it fair. At the moment, I feel completely driven and utterly powerless. In a way, I feel the need to stand up for us immigrants because who else will?
And yet, how can you calmly state your case to a screaming mass of "if you don't like it, go home?"
Posted by Jennifer at 11:45 AM 10 comments: 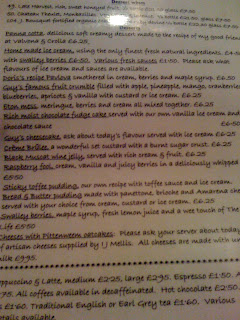 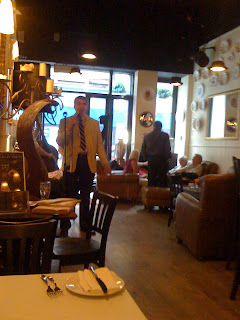 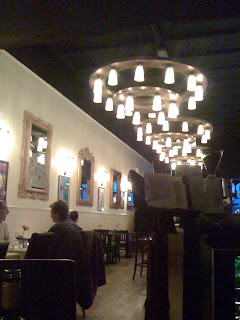 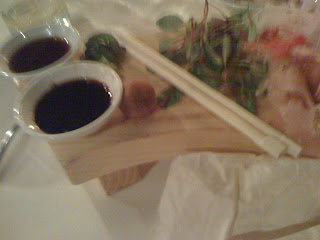 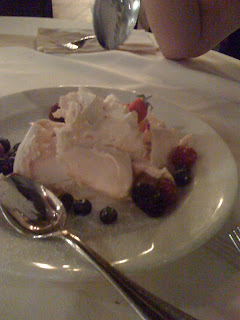 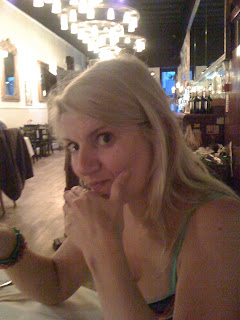 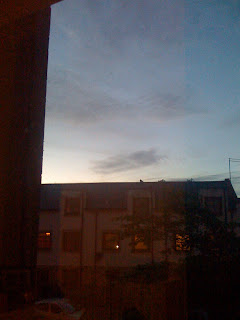 My love affair with Scottish summers continues. Behold, this was taken last night from our apartment at 11.00pm. The weather the last few weeks has been amazing !
Posted by Jennifer at 8:03 PM 1 comment:

Summertime in Glasgow
I love this time of year in Glasgow; the city is at its best. When it's sunny, the weather is perfect and the sun doesn't until set well after 10.00pm. 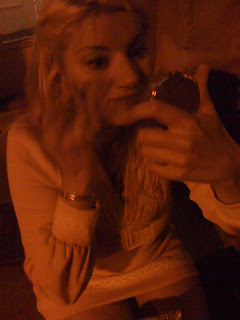 My gorgeous friend Claire, touching up her make up. I think this photo was taken around 2.00am outside a house party. 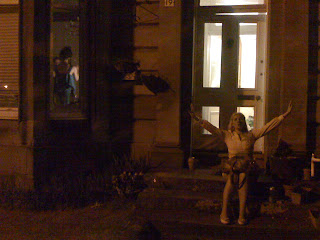 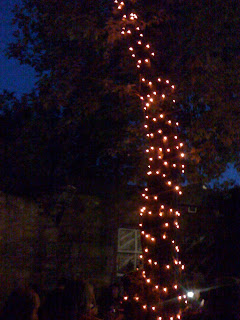 The beer garden at the Clutha Vaults. God, I love this place. It's a perfect mix of down and out derelicts and lawyers slumming it after work. A typical Glaswegian hole-in-the-wall perfect for drinking in on a summer's night. Dinner at Guy's Restaurant with Big John singing jazz tunes.
Last week, Paul and I went to dinner at Guy's Restaurant and without a doubt, it was one of the best meals I have ever had in Glasgow. I couldn't decide what to have so I went for not one, not two but THREE (3!) starters.
It's a little pricey (hey, I still think in Canadian money) but well worth it. Best meal I've had in years, hands down. 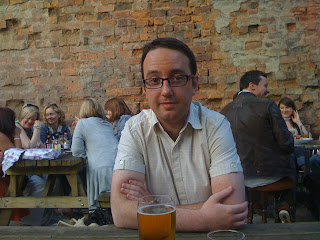 Paul at the Clutha and no lie, this photo was taken at 9.00pm
And when it comes to summertime in Glasgow, no song is more quintessential than this (and must be cranked up as loud as your neighbours allow):
Posted by Jennifer at 9:25 PM 1 comment:

Congratulations, England! We're Going to be Royally F*cked!
Yesterday, David Cameron and his coalition government announced that in order to get the UK deficient in order, they are going to emulate the cuts the Canadian government made in the 1990s - notoriously known as Jean Chrétien's "bloodbath budget". It seems that the Motherland can learn something from its new world colony.

In 1993, Canada turned a 9 per cent deficit of £25billion - with a public debt of £341billion - into a surplus over three years in the 1990s by implementing huge cuts in health care and education budgets and through the loss of thousands of public sector jobs. By 1998, the deficit was eliminated and overall debt was dropping quickly, allowing Canada to get through the Asian crisis with little damage and go on to become one of the strongest Western economies.


What George Osborne won' tell you, however, is that the length of hospital waiting lists shot up, thousands of nurses lost their jobs and some hospitals even had to close. The hospitals that remained open suffered from overcrowding and infection rates rose as a result. In Ontario alone, hospital budgets were reduced by 18 per cent over three years and 1,000 nurses were sacked.

In schools, average class sizes shot up from 25 children to 35, as fewer new teachers were taken on. And separate special needs classes were abolished. Teachers also had their salaries cut by five per cent.

In addition, industrial and farming subsidies were hit heavily - with east coast fisheries being decimated, as were unemployment benefits and international aid. Transport spending was cut by a half and defence spending – the biggest source of savings – was whittled away to next to nothing.

What George Osborne also won't tell the public is that unlike America and the UK, Canadian banks have been under tight regulation since the early 1990s and such, we never really had the mortgage / market crash. Indeed, banks were much more conservative in their lending than our American and British counterparts. Canada's main banks chose not to sell most of their mortgages, giving them an incentive to ensure they were good loans; in 2009, subprime mortages had a 7% share of the market in Canada, as opposed to 22% in the USA

As a Canadian (albeit, a young one), who experienced the cuts in the 1990s - my high school teachers went on strike TWICE - I can tell you, it was painful. Accordingly, I can't even begin to imagine how it will take effect in the UK, especially in Scotland. That said, I am prepared for the worst but hoping for the best.