Common Misconceptions About Scotland, The Brave, Ya Fanny! 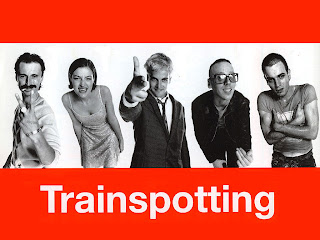 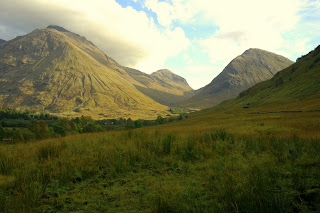 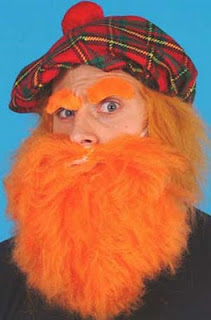 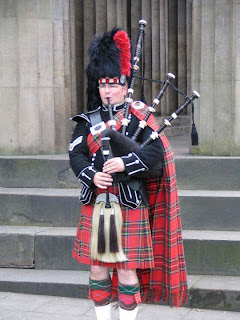 Ever since I saw Peter Mullan's new film, Neds, at the Toronto Film Festival last month, I've been thinking about perceptions of Scotland. Or rather, misconceptions. In a media-saturated world, people across the globe still believe that Scottish men wear kilts on a daily basis (they don't; they only tend to wear them at formal functions); that the streets are filled with bagpipe music (okay, they are but only for the sake of the tourists); and that all Scottish men are rugged and handsome; or that the Scots are all ginger-haired binge-drinking heroin junkies (partly true).

Even people "down south" (the greater London area) tend to think that we're all knife-carrying, boozed up weegies up here. Indeed, when I first started at my current job, I was sent to London for training and when I told all the London-based media-types that I was working in Glasgow, they gasped and clutched for their invisible pearls. "What's that like?" they enquired. Expecting me to bemoan the brutal savages that inhibit Glasgow, I replied, "pretty awesome".

As well, a couple years ago, some Scottish friends and I went to London for a wedding and whilst walking THE STREETS OF LONDON, one bloke, looking upon our (male) friend in a kilt openly yelled, "Look out! The Scots are here". Indeed.

And so, I got to thinking about common misconceptions about Scotland. Popular films such as Braveheart and Trainspotting do little to dispel such misconceptions but in fact, Scottish people themselves are guilty of perpetuating Scottish stereotypes and myths.

Take, for example, last night's hand over ceremonies of the Commonwealth games to Glasgow in 2014.

Don't get me wrong. I love tartan as much as the next Glaswegian (no, really, I do) but the Loch Ness Monster!? Really?

And although I enjoyed the handover performance, I was left wondering, well, what are the modern day Scottish stereotypes? And if not, the Loch Ness Monster - then what? Unfortunately, I think a lot of contemporary Scottish elements would be lost on most of the world; as popular and as fabulous as Belle and Sebastian are, I don't think a performance by them would have wowed the Delhi crowd. Which is why we're left re-enforcing the notion that we're all porridge eating, anti-English, tartan-wearing, heroin-abusing, ginger-haired, proud, penny-pinching, rugged and rough Scots.

And speaking of Belle and Sebastian, check out music from their latest album, Write About Love, in the video below. Also, be sure to watch the interview with fellow-Canadian, Matt Brennan from Zoey van Goey and my fellow work colleague, Anna Miles from Maple Leaves!

Yeah ... when we were in London, visiting my dad & brothers (who were on holiday), we asked directions of a policeman. He asked why we were there, and I explained that I was going to Glasgow Uni. This was, of course, his moment to explain how the Scots were hung up on Bannockburn (1314), and should just let it go because they were beaten at Culloden (1746).

Yep. A police constable, telling we Americans about how the Scots were lame for remembering a victory rather than a slaughter.

It doesn't really help when incomers like yourself reinforce the very stereotypes you're supposedly trying to dispel about us! Even the name of your blog kind of falls into the patronising pish category!

So glad that you, a new incomer, googled and landed on my blog.

please do let me know where I reinforce these stereotypes?

Re. pictishbeastie's comment, I hope his irony bypass works out.