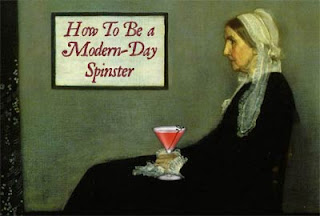 You might have noticed that I haven't updated in a while and there's a reason for this. I don't know how to say this or indeed, where to start, so let me just get it right out of the way:

I broke up with my boyfriend.
You got that?

It's been a long and arduous affair and in some ways, I feel like I have gone through a divorce; after being with someone for four (four!) years, you come to know them almost better than you know yourself - which can happen when you start putting other people before yourself. And so when you initially separate, it's as if you're losing part of your own being and experience a sort of grieving. But the thing is, it can only get better and just because you're "settling down" doesn't mean you should settle.

After all my nightmares of dating in Glasgow, I can't believe I am single - again - but rather than feeling anxious or scared, I feel . . . content? To be honest, I don't really know; I suppose it hasn't entirely sunk in just yet. That said, I am really excited to FINALLY do all the things I felt I couldn't before (for various reasons) such as: go to Barra, see more of my beloved adopted homeland, and go to a bloody Burns Night Supper (can you believe I have lived here for five years and haven't been to one?!)

When you're with someone for such a long period of time, your future appears to head along a certain trajectory. And when that future is suddenly skewed from your periphery, it can be terrifying yet, for the first time in a long time, I feel excited. I have no idea what my future has in store and you know what? I'm ok with that. Bring it, Glasgow.
Posted by Jennifer at 3:10 PM

I remember that feeling.

Mildly terrifying for a moment, and then amazingly liberating. All of a sudden I realized I could get around to doing all the stuff I'd put off, for the sake of peace in the house.

Aw, Jessica: what a lovely comment; thank you! Such a wonderful phrase and yes, the vastness of possibility is exciting rather than scary!