WHAT I DID THIS PAST WEEKEND OR: ANOTHER RANT ABOUT SCOTTISH MEN 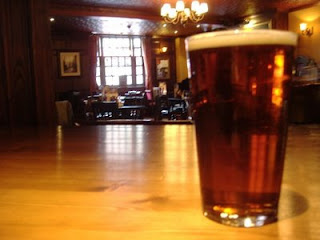 This past weekend I had my first experience of a lock-in : wherein come midnight (when most pubs in Glasgow close), the owner/ manager allows some patrons to stay behind and continue drinking - usually until the early hours of the morning behind locked doors. Do we have these in Canada? I'm not sure; I've never been to one but then again, our pubs manage to stay open until 2.00am thus negating the need for a lock-in.
On Friday night myself and some friends from work decided to hit the town but not get too mental with it; we're ladies and in our early thirties, after all. We went for dinner and then some cocktails. After some drinks on Bath Street, we decided to end the night with a civilised whisky so we headed to my new favourite whisky pub. It has an old-man's pub feel about it and the folks who work there and populate it, know their shit. Alas, two of my friends decided to get the train and call it a night. Julia - who is newly divorced (what?! She got married young) and I decided that there is no harm in one whisky. Besides, we had reason to celebrate her newly-acquired divorcee title.
I've been to this pub a couple times before and was totally charmed by it; it's one of those establishments that encapsulates the overall charm of Glasgow - rough around the edges perhaps, but friendly and understated, not needing to shout its awesomeness to every punter who stumbles by; those who know, just know.
Julia and I took our places at the bar and I ordered two 12-year old Auchentoshan whiskies. The (cute) bartender immediately announced his approval and proclaimed he liked us. I guess knowing a little bit about whisky and being a girl can easily impress? Anyway, as we were enjoying our whiskies, Julia spotted a cute boy she liked the look of standing at the other end of the bar. And thus began the usual dilemma - SCOTTISH MEN WILL NOT APPROACH WOMEN, (THEY MIGHT IF THEY'RE ABSOLUTELY WASTED, TO BE FAIR) At which point, sober ladies aren't really interested, are they?
I rolled my eyes and told Julia that if she wanted anything to come of it, she would have to approach him. Now, being Canadian (and maybe old-fashioned?) I tend to think that if a guy is interested, he should approach YOU; if a guy wants something bad enough, he will work for it, right? NOT IN SCOTLAND EVIDENTLY. Frankly, I don't know how anyone manages to date over here (they don't, really) let alone establish relationships with one another.
SCOTTISH MEN - If a woman is staring at you, she's interested and wants you to approach her. I know we're all terrified of rejection and racked with self-doubt but honestly, approach a woman and I swear, she will be - at the very least - appreciative of your confidence.
Julia decided she couldn't approach said inept Scottish dude, so the moment was gone. Me? I was too busy enjoying my whisky to help her out and quite frankly, I've given up on dating. I've accepted that as long as I live in Scotland, I may not meet the love of my life, or anything else for that matter, and in all honesty, I'm almost content with that. Almost.
So, we continued to enjoy our whiskies and banter with the bar staff. Eventually when it came time to close, we were told to sit and keep tight.
"IS THIS A SHUT-IN?!" I asked before being immediately shushed.
The (cute) bartender replied, "SHHHHHH! Yes", not even correcting my immigrant confusion over the terminology.
As most revellers streamed out, Julia and I hunkered down at the bar with our whiskies. WE WERE GOING TO BE LOCKED-IN AT A WHISKY BAR! We were then plied with more whisky and chatted to the staff and regulars. After further drinks and analysis of the evening, the bar staff put on cheesy music (my not-so-secret weakness) and danced away until 2.00am, at which point we excused ourselves. Julia needed her bed and I had a hair appointment the next day (What? It's the only vain pursuit I indulge in and I take it seriously! Have you seen my hair? Well, I don't wake up with luscious locks of blonde every 6 weeks, FYI).
We gallivanted our way to a black cab and headed home. I sighed wistfully; this is why I love this city. Everyday adventures; unexpected charm; kindness.
By the way, Scottish people, if you haven't read fellow Canadian Leah McLaren's article from 2002, The Tragic Ineptitude of the English Male, please do; some of it is still relevant.
Posted by Jennifer at 11:37 PM

I would say that it is also English men that are like that.

My husband had to ask his friend's girlfriend to come up to talk to my friend and me in a pub (the oh-so-classy-sometimes-smells-like-sick 3 sisters in Edinburgh.

I guess British men are too scared of rejection?

P.S. Jealous of your lock-in!!

Yes, I think it is a British thing for sure - did you notice a difference whilst dating in Canada?

Hey! I have been an avid reader but have yet to comment (I know so bad!). I abolsutely love your blog. As another Canadian living abroad I love hearing other stories about dating in another country. Here in South Korea its not a matter of them approaching, its a matter of how long will they be in the country for!

I am heading to Scotland to do my PGDE at Strathclyde Uni August 2012, so thanks for the tips about Scottish men. I'll have to just gussy up the courage and say hello!

I noticed a bit of a difference in that Canadian men were a bit more forward, which I was grateful for as I'm painfully shy at times... :)

Psh.....
Convention be damned! I can't believe that some of us ladies still think that the guy should have to do all the work! The traditional way is not always the most fair or reasonable way.

I've saw some very handsome guys when I was in glasgow for a few nights. Know what I did? Found excuses to talk to them. Played up being the cute, confused tourist! It worked out well for me. ;-)

Go talk to the cutie.

That is so funny. I've heard this before about Scottish men. I wish I could move to Glasgow. I'd probably be the only man to approach and thus the only man getting laid LoL