WEEKEND IN PICTURES
After last weekend of doing very little (apart from read an entire novel and study for my upcoming Life in the UK test), this weekend was action-packed! But first! For the first time in about oh, two weeks, the sun managed to come out today. As such, I went for a run this afternoon to take full advantage of what feels like limited sunshine these days. 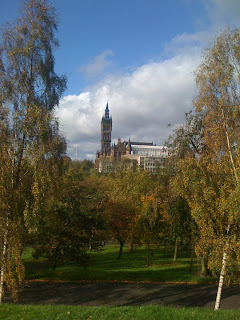 I mean, how can you not love this city? LOOK AT IT. 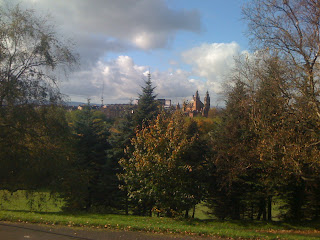 On Friday night, Claire was due to come over to my flat for some of Tesco's finest Vina Mara Rioja (yeah, that's right). However, we decided that despite being absolutely broke, with about £20 between us until payday, we would hit the town. In fact, we took it as a challenge: just how awesome a night can you have with about £20 between two awesome bitches. Well, a lot actually.
Initially we went to Curlers Rest on Byres Road and nursed two pints each. Not only did we manage to savour those pints, but we also caught up on our gossip since we hadn't seen each other for about two weeks.
After our two pints each, we decided to raise the bar: we were to go dancing with only about £10 between us. Bring it!
And so, we staggered off to Sauchiehall Street. And since Claire knows half the city (as well as all the juiciest gossip about Scottish soccer/ footballer players; she's brilliant like that), we bumped into someone she knew. Someone who could get us into Nice N Sleazys, front of the line and without paying cover. YAAAAAAAS! That's about £4 saved right there.
Nice N Sleazy is a Glasgow institution: it's open until 3.00am every night and plays some pretty awesome music. Although I seem to remember it being a bit more sleazy/ grungy when I went there as a student. Anyway, after Claire and I had some pints upstairs (£10 for a HUGE pitcher of Fosters beer), we went downstairs to dance. We ended up out on the tiles until 3.00am. And because we were both skint, we ended up walking home - which was brilliant because Glasgow at about 4.00am (we stopped in at a 24-hour grocery store and got distracted by all the junk food), is a whole other city. A mainly deserted one. So, I walked home at 4.00am, documenting my trip in photos. 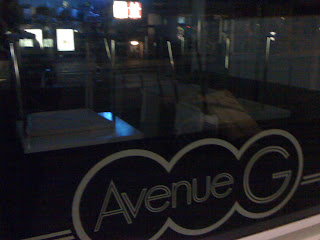 Avenue G, one of the few joints in this city that does great coffee. Admittedly however, Glasgow is getting better for coffee. I'm such a snob. Whatever. 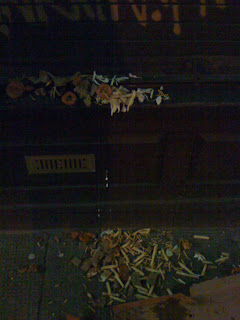 A good Munchy Box gone to waste.
If you don't know what a Munchy Box is (and I'm sure that most people outside of Scotland don't), it's essentially every disgusting but oh-so-delicious fast food item you can think of deep-fried and invariably covered in various sauces. French fries, pakora, kebab meat, onion rings, coleslaw and naan bread - it's all in there. Glasgow - it's not for pussies. 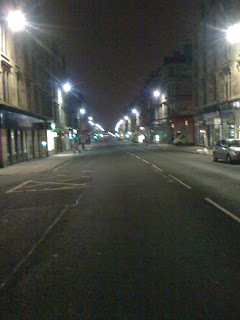 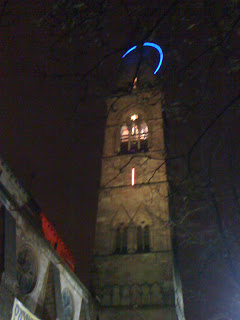 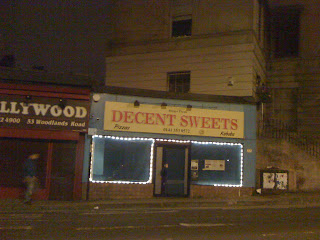 What kind of take-away place is this?! Why is it even called "Decent Sweets" when it sells pizza, kebabs and no doubt, munchy boxes. What the hell?!
On Saturday, Lauren, Linzi, Erica and I headed to our Saturday ritual: to watch the Braehead Clan in action! 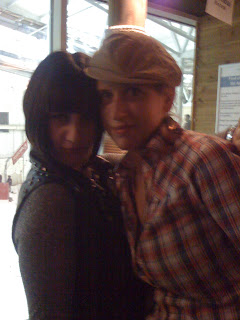 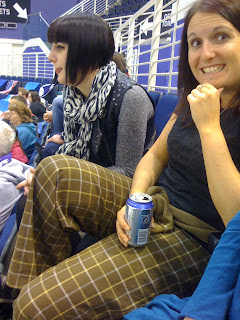 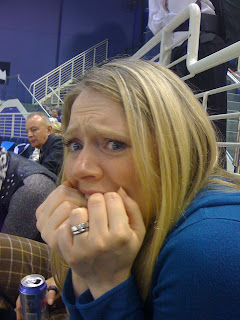 It was an intense game as the Braehead Clan took on Coventry Blaze. There was lots of body-chucking, people being sent to the sin bin, and would-be fights. The Clan ended up winning though: 4-2! 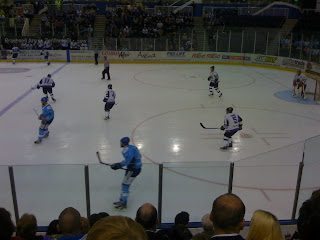 Ahhh, the good ol' hockey game. Nothing like a bit of violence and beer to rectify a somewhat shitty week. Until next time.
Posted by Jennifer at 8:32 PM

love your weekend in pictures! keep it up!
JRC