On Saturday, I managed to drag myself out of bed - despite feeling the effects of one too many pints the night before - and cycle from Glasgow to Edinburgh. I normally wouldn't partake in such ill-advised behaviour but it was all for a good cause. Namely Pedal on Parliament:  the campaign that descended on Scottish Parliament in effort to raise awareness for safer streets for Scotland's cyclists and pedestrians. From the Manifesto:

We call on all Scotland’s politicians, of all parties, to sign up to the following eight point manifesto in order to make cycling a realistic choice for everyone, from eight to eighty – and show the rest of the UK that cycling doesn’t just belong on continental Europe, but in the country where it all began:
1)    Proper funding for cycling.
2)    Design cycling into Scotland’s roads.
3)    Safer speeds where people live, work and play
4)    Integrate cycling into local transport strategies
5)    Sensible road traffic law and enforcement
6)    Reduce the risk of HGVs to cyclists and pedestrians
7)    A strategic and joined-up programme of road user training
8)    Solid research on cycling to support policy-making


It was truly inspiring to arrive to a sea of fellow cyclists, activists and people who happen to ride a bike from point A to point B. It was well worth the early rise and gruelling trek across from Glasgow to Edinburgh (about 80km) against a brutal headwind because despite it being for a good cause, I managed to justify eating two veggie burgers, french fries and a chocolate milkshake at the end of it all. Which reminds me: I highly recommend Wannaburger after burning off about 1500 calories for calorific foods and delicious homemade shakes. 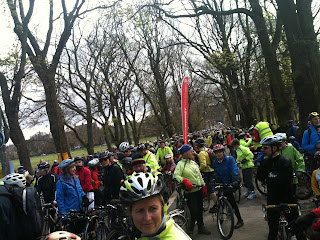 We gathered in the Meadows and cycled along the Royal Mile, all the way down to Scottish Parliament. 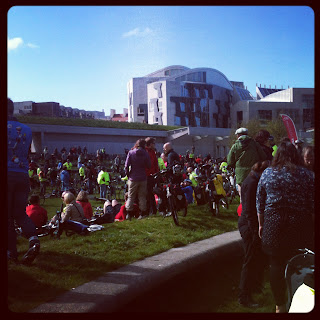 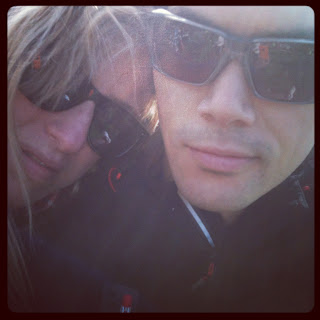 So this is me - after a brutal commute. And my new(ish) secret boyfriend (who, thankfully, also rides a bike. Much better than I do.) 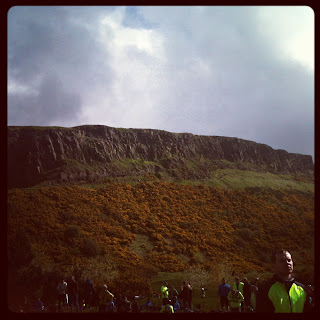 And because I'm somewhat obsessed, I've gotten a new bike: a single-speed Globe Live 1. And despite already having several issues with it (e.g. front basket isn't deep enough and needs to come with cargo netting), I am in love with it. The only thing I have yet to master, however, is safely transporting my Aldi (a grocery store I am also totally obsessed with) eggs home. 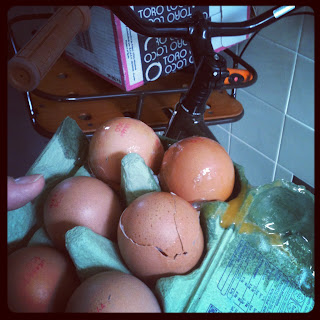