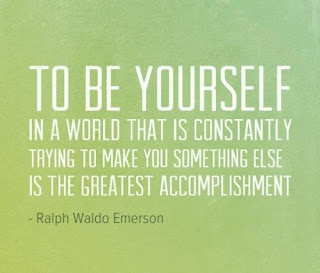 I know it's cliched and indeed, perhaps even predictable, but since my recent surgery, I've been feeling a little bit more bold. Actually, that's not entirely correct; I've been feeling more confident about who I am and what I want. Which isn't to say that I've suddenly become some arrogant blowhard - quite the opposite. I suppose what I feel is a sense of calmness? A (foreign!) serene understanding that life is finite and precious and if you're lucky, you might be able to squeeze out a few hefty decades from your time here. And for anyone who has ever survived the cruel years of Grades 6 to 8, you know that it takes a whole lotta courage and resilience to be who you are and do what you want in this life. Going from a healthy 33-year old to an exhausted and frail patient, made me appreciate that even more.

Funnily enough, a couple days after surgery, my wonderful and kind boyfriend was helping me into bed. My abdominal muscles were (and somewhat still are) swollen and in pain and as such, I couldn't lean back into bed without help. With my arms wrapped round his neck, my boyfriend slowly eased me into bed. Several times I yelped for him to stop because the discomfort and pain was unbearable. After about three unsuccessful attempts, I broke out into tears; never in my life had I felt so vulnerable; so helpless. I was frustrated that I couldn't do something for myself that I so desperately wanted to do. Ultimately, it made me realise that at a very basic level, I don't like feeling that; I don't like feeling like I can't do something - or not do something out of fear. Even something as silly as cutting my hair.

You see, right before Christmas, I cut all my hair off. Big deal, you think. To me, however, I thought it was. I've had long mermaid hair for YEARS and to be totally honest, I was afraid that if I cut it all off, guys wouldn't see me as attractive anymore. And although I would define myself as a feminist, I was still valuing my self worth on men's attention towards something as stupid as hair length...?! In my own mind, I had associated femininity and attractiveness with long hair (despite this being utter bullshit), and I was scared of doing something that I wanted to do - something as simple as cutting my own hair! Ridiculous, I know! As soon as I cut it, however, I felt actual joy. Funny, huh?

Anyway, I suppose what I'm trying to say is: life is short so be courageous and let your freak flag fly high. 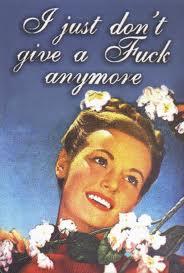 You're getting a tattoo!? Of what?!

Can I issue a 'Pics or it didn't happen challenge'? :) Have fun!

Good on you! Loved this post! I hope you are feeling much better, your haircut is fabulousness itself and bring on the ink and the pix!